“I was totally living a star’s life, and that seduced me… I was totally star struck and drunk with star lust, and I thought that I was impervious.” -Jesse Cutler, p. 263 of Starlust – The Price Of Fame.

Here is the pitch.” I said, “Start with a base of Cinema Paradiso, throw in a splash of A Hard Day’s Night, next add a dash of Boogie Nights and maybe spray on a hint of Fame… you might have something as eclectic as the story of Jesse Cutler’s life.”

Jesse Cutler is a singer-songwriter that has endured the ups and downs of the music industry since the ‘60s, and this book is chock-full of anecdotes for fans of music and musicians alike. And if you are a fan of The Doors this book is a must-have for a wild Hollywood inside-story. It really is a small world within the industry and Jesse’s insight offers encouragement for honing a real career in a serious business while enduring the fickleness of celebrity. Jesse Cutler is definitely an entrepreneur and inspiration to the independent musician and struggling new artist.

Starlust: The Price Of Fame is the first autobiography in what is to become what Cutler calls a “thrillogy.” The concept has already been featured in Directors Guild Magazine for potential development into either a feature length film or a potential television series or mini-series. When I pitched Jesse’s own story to him he agreed and added, “Why don’t you throw Entourage in there too.” For those of you who don’t have cable, Entourage is the Emmy-Award winning HBO series based upon childhood friends from Queens making their foray into the Hollywood entertainment industy; based upon the life of Mark Wahlberg.

Cinema Paradiso: Born Louis Gibaldi to Sicilian parents grew up in Queens and fell in love with the guitar during a mecca to Polermo, Sicily. A Hard Day’s Night: Through the mod-Beatles era he took on his first stage name at thirteen, Lou London of the trio The Young Executives (“Everybody Do The Duck”/Mercury Records). Remember the “

The definition of success is an important theme in Jesse’s self-evaluation and the most informative of our interview. We got into an amazing conversation about Brian Epstein brilliantly marketing The Beatles by exploiting the laws of supply and demand through his own chain of record store. According to Cutler the price of fame is often literally a money sign: “You make a product, you package it and you sell it. You want to know the price of fame? The price of fame is a lot!” Cutler says his dad, who managed The Young Executives, was a brilliant promoter and had to be to get the band calls from a national television show. But what was the key? Says Cutler, “Good looks, charisma, magnetism and he had a gimmick backed up by capital.”

To be successful in a fickle marketplace one can not survive by measuring self worth against the standards of others. According to Cutler to become a successful musician one must, “[remain] focused and intent on reaching [your] goal, and with a little bit of luck and a lot of hard work, [it will happen.]…[G]ood luck cannot exist by itself but rather it is the result of when preparation meets opportunity.” (Starlust, Cutler, p. 213) Conversely it is the fear of success that can often lead to self-destruction. In Jesse’s circumstance it came down to the semantics of compromise and team work: “(I was) very stupid to let my youth’s untempered ego clearly get in the way of letting the thing that I most wanted to happen not happen, or at least in the right way. I have often wondered how my own demons, the ones that said that I wasn’t good enough to be famous, got in the way and made me sabotage myself- even when it didn’t look like I was the one doing it.” (Starlust, Cutler, p. 215)

And yet despite the inner monologue sometimes the events of Cutler’s life reveal that the gains and losses were not always under his control and the fear of success was not always his own. At the height of their fame The Young Executives were called for a national television slot on The Merv Griffin Show only to break up when a band member’s parents claimed their child couldn’t go essentially because they had a toothache! And when finally accomplishing his life-long dream at the time, getting a record deal with United Artists and launching his first self-titled album only for a D.O.A. when the company was bought out by EMI Ltd., who proceeded to cut back on their arsenal of artists and promotion budgets. “For those who might not know, when a company changes hands the current roster of product is pushed to the side to make room for the contacts of the new regime.” (Starlust, Cutler, p. 344)

But Cutler continued to redefine himself and followed each new opportunity to fruition. Ultimately Cutler went on to release 29 albums, some of which reached the Billboard Top 100 and gold and platinum status. “Once I had made my decision to produce my own projects, my motivation was without question on turbo drive. I was done having to sit around and wait for others to make things happen for me. Now I was the one in control. I was raising the dollars to translate my ideas into a marketable form.” (Starlust, Cutler, p. 350) It was this entrepreneurial spirit that spawned the innovative and timely exercise package The Disco Diet. Selling over a million copies the concept spawned the workout dance craze to follow, predating Jane Fonda and Richard Simmons.

So given this interest in self-promotion Cutler was definitely a pioneer of the digital music revolution with magazine cd samplers. In 2001 he decided to help independent artists by producing compilation albums with his company ESP (Eclectic Sound Palates) Entertainment. The label focused primarily on Latin and New Age music and guaranteed artists distribution. This was not really mentioned in the book, but Jesse is the Executive Director of The ESP Entertainment Group. You can check out their site at The ESP Entertainment Group. This site has a little of everything you might find at Hitt Music Group, Sonicbids and CDBaby. If you are interested in submitting work for consideration: ESP Music.net.

Jesse went on to describe maintaining career longevity to cooking a Thanksgiving turkey. “The music lives on. It’s in your blood. It marinates until you’re well done, like a turkey.” I wondered if one were to take the analogy further what would constitute the stuffing, the candied yams, the cranberry sauce and pumpkin pie. Such a traditional meal might boil down to audience expectations, standard requirements of a genre. I asked Cutler what his thoughts were regarding the postmodern musical and if any talk had been made regarding a Godspell remake. He revealed that recently there was a revival with additional numbers added to the score. But to Jesse the fan comes first: “Even if it’s a remake it doesn’t matter to me. It’s all sound molecules and visuals. Ultimately it’s the audience that judges the entertainment value.” 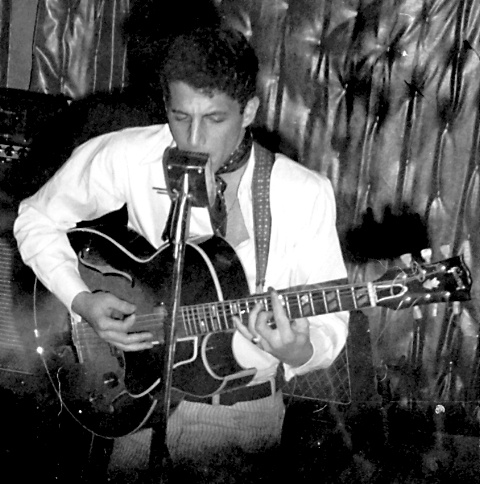 Cutler’s intentions for writing this book are to dispel the myth of celebrity and provide examples of the pros and cons from personal experience. These are the cautionary messages you would see on any VH1’s Behind The Music. All the foils of sex and drugs are here; a very introspective look on the link between pleasure seeking to cure depression and self esteem issues. “Really its for all these young people coming up. Heath Ledger… and River Phoenix right there in front of The Viper…Too young, very sad. And they were at the top of their game. You make it to that level and then rob yourself and rob your fans of your life.” The need to succeed and be loved is an innocent intent that opens the door to scene vultures. But the music is a constant, a catharsis… and a business. “Everyone is born into this world with talent- but that doesn’t mean that everyone is a talented artist…. (M)y heart goes out to all of you who were born with the blessing or burden of natural artistic talent….I hope that through my trials and tribulations you will find hope and be able to take heart for your own journey to stardom – however you choose to define it." (Starlust, Cutler, p. 4)

"Here is the truth,” Jesse tells me, “You eat some bad cabbage and it makes you gassy. You feel bad and you don’t want to go on stage. But guess what? You got a hundred people working for you, depending on you to make them money. Can you just say no I don’t feel like it? No. That is the price of fame.”

Cutler is planning a lecture and book reading tour to promote the book. A portion of the proceeds from Starlust – The Price Of Fame. are to be donated to Habitat for Humanity and to the Guitar Center Music Foundation.